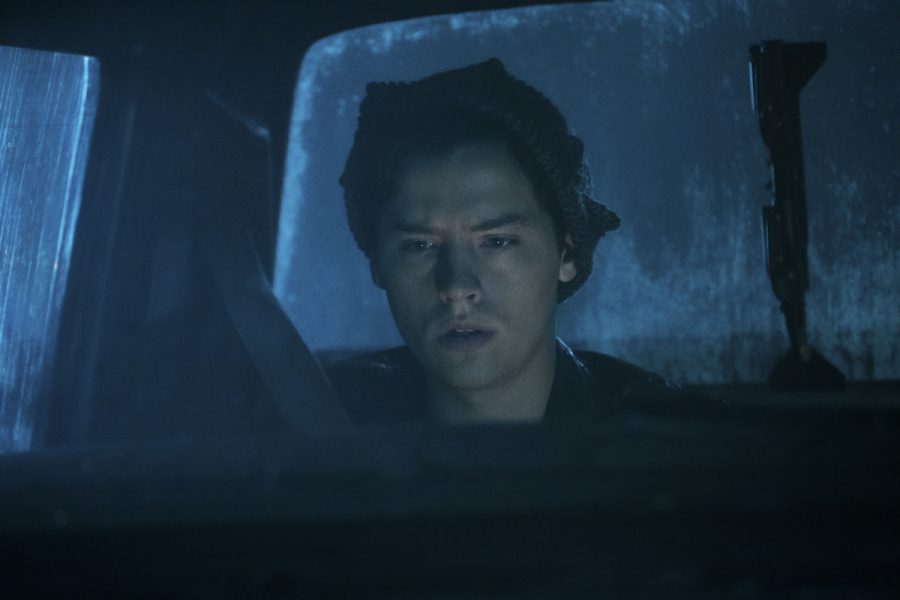 Riverdale is back after Thanksgiving break with an updated format and even higher stakes. The Black Hood killer is testing the people of Riverdale: if he deems them to be reformed and noble, he will stop killing. If they are sinners, he will kill again.

Due to its large ensemble cast, the episode is split up into 3 parts, with each part following two of the show’s primary protagonists. Jughead and Archie are out trying to get F.P. Jones released from jail, Cheryl and Josie have family and relationship drama, while Betty and Veronica are exploring the secrets of Sheriff Keller’s life. The episode chronicles the return of Penny Peabody (the serpent lawyer) and former antagonist Chuck Clayton and the juxtaposition between the two opposing forces is clear. One puts on a sweet and appealing face but reveals her fangs underneath while the other’s rugged exterior contains a misogynistic past but reveals a soft core. The episode, while not having the brutal action of previous episodes, doesn’t shy away from revealing the intricate and juxtaposed nature of its characters as they face different crises in their day to day lives.

The episode starts on Jughead and Archie. Having recently remedied his relationship with his Riverdale High friends, Jughead is thrown into gang life through a meeting with Serpent Penny Peabody. Peabody tricks Jughead into delivering “pancake mix” to a neighboring town by telling him that the Goonies, the rival gang, are roughing up F.P. Jones in prison. While Jughead was initially skeptical, Peabody wooed him with promises that this was a one time job and that it would help F.P. get an early release.

To deliver the goods, Jughead recruits Archie because he needs a truck to load the heavy cargo. Midway, the truck breaks down so Jughead hitchhikes with a stranger alone. The stranger tells Jughead the story of the “Riverdale Reaper,” a similar serial killer in the history of Riverdale that also preyed on sinners. Midway through the conversation, the man tells Jughead to pay the bill (despite Jughead having no money), trying to abandon the boy. Luckily, Archie, with his newly repaired truck was there to save the day. Archie and Jughead proceed to deliver the “pancake mix,” and are met with a sinister lady who informs Jughead that he will be the regular supplier. As Jughead goes back to Riverdale to meet fresh faced F.P., he realizes that he has been set up by Peabody, AKA the Snake Charmer.

The show then cuts to Josie and Cheryl, who are both dealing with different psychological traumas. Cheryl, still traumatized by her attempted rapist, Nick St. Clair, sticks to Josie and sets her up with a recording studio and an interested producer in gratitude of Josie’s part in standing up to Nick. Josie deals with her overly restrictive mother, Mayor McCoy, who has now moved out of her house and into an apartment to protect her daughter from the stalker who has been following her around leaving her creepy messages: “I will be watching you.” In the midst of all this turmoil in her life however, Josie finds solace in Chuck Clayton, who seems to have mended his misogynistic ways. However, their relationship goes awry when, after receiving another perilous message in her locker, Josie confronts Chuck because she thinks he is leaving the messages. Chuck once again gets kicked out of school and questioned by police but the camera later pans to Cheryl, drawing a similar image and writing a similar note to the one in Josie’s locker.

Meanwhile, Betty and Veronica aim to find the Black Hood killer. Betty suspects that Sheriff Keller is the killer because of his unusual activities – going out at nights and locking himself in his office – while Veronica believes that Sheriff Keller is having an affair. Throughout this third section of the episode, we see Betty’s obsession with the Black Hood killer leading her astray: she uses her friend Kevin to investigate the sheriff and she resorts to breaking into the Keller residence to hunt for evidence. Eventually, Betty’s suspicions dissipate as she follows Sheriff Keller to Mayor McCoy’s hotel room, revealing that Veronica was right about the affair.

The episode ends with the Black Hood Killer calling into Pop’s to let the city of Riverdale know that they had failed his moral judgement.

This episode was jam packed with character development. We got to watch Jughead’s slow descent into life as a criminal and the toll that it takes on him. Betty and Cheryl’s character arcs dealt with obsession as Betty obsesses over the Black Hood Killer and Cheryl starts controlling a giant part of Josie’s life. Archie proves his loyalty while Josie displays her instability. The show gives fairly obvious hints that in later episodes, Peabody will become a greater and greater threat to Jughead’s security and we predict that Jughead will soon come into conflict with the law. We can also predict that Betty will slowly alienate herself from the rest of the group as her obsession with the killer takes a greater toll on her psyche. From the brutal, action-packed pace of prior episodes, Riverdale seems to be evolving into a show more fundamentally founded in the intricacies of its characters.