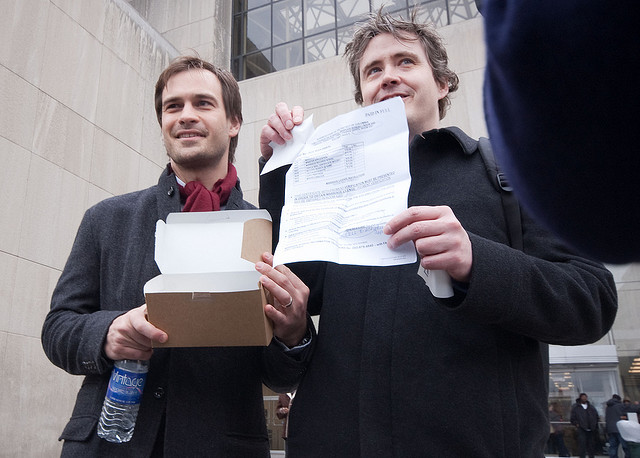 Photo by erin m via flickr.com

Citizens of the United States are declaring their freedom rights for the approval of their love.

5 days of jail for the spirits of Apostolic Christianity

Kim Davis, America’s highest profile county clerk has been fighting Kentucky and the governmental policies to pursue her personal religious belief over same sex marriage. She has been protesting by not allowing same sex couples to have legal marriage license for their committed love. Shannon and Carmen Wampler-Collins have been together for years as a true family with two other sons as well.  Kentucky police kept Davis in the detention center for five days early this month until he finally released her after many visits of her attorney.

As she came out of the building, she only kept praising God as an Apostolic Christian to show her freedom. However, even after she is released, she has been under the threat of returning to jail as one issue goes wrong by her. She is still kept in the center of the world’s focus even after she is back at her work place. According to others from CNN, they say that she made her deputies to continue giving out marriage license to same sex couples which does not include Davis’ name or title on them. She doubts that the license without her approval is valid and will take no action against deputy clerks who issued the licenses due to their limited authorization. However, because there won’t be any violence of Davis’ conscience regarding the license, Harry Mihet, a lawyer for Davis, claimed that the format of the legal paper could be changed with the U.S.  District judge David Bunning’s order.