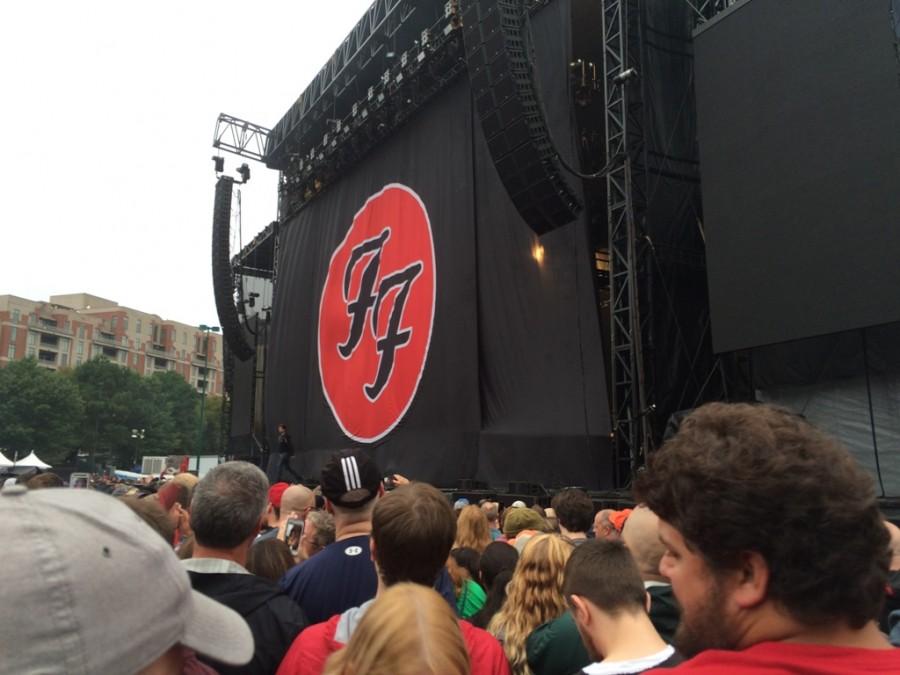 The general admission concert enabled anybody to get up close.

The Foo Fighters continue to impress show goers to this very day. The band performed on October 4th, in Centennial Olympic Park in Atlanta, hard core rocking from 8pm until 10:30pm. The gates opened at 4pm and the fans spent two hours waiting; until the opening act went on. Gary Clark, Jr. took the stage at 6pm and played until The Foo Fighters returned to conquer the stage. David Grohl introduced Jewl as a special guest, belting a duet of “Stop dragging my heart around” to the audience. The band played to a crowd of 21,500 standing people. The show was colossal and ended up utterly sold out. It was the band’s first show in Atlanta, since Music Midtown in 2012. The crowd was ecstatic to witness them, even though it rained relentlessly throughout the concert. David Grohl took advantage of his broken leg and performed while sitting in a custom designed thrown. The only downside to the concert was the security policy. The park used a NFL bag protocol, which discourages any kind of bag. A mass of people were mandated to find alternative places for their bags.