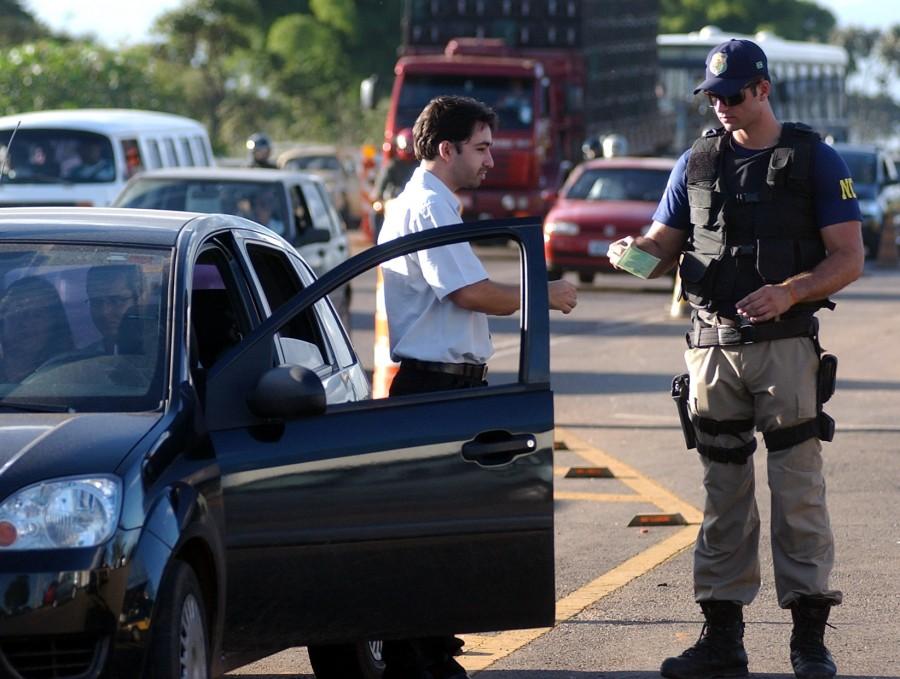 By Felipe Menegaz through Agencia Brasil

Instances of police brutality and racial profiling have sparked the country into a renewed social struggle.

For minorities, violence of the past extends to struggles of the future

Social movements have been the cornerstone of American society ever since the American colonists decided that King George was tyrannically oppressing them and that it was time to throw some tea into the harbor and shout, “We’re not gonna take it!” And throughout the history of our nation, these movements have been met with a myriad of reactions from the general public and the government, many times leaving the two at odds. While many historical issues resolved themselves through collaboration between the people and the government, one issue has persisted in American society: the issue of race. From the times of slavery, blacks have fought and struggled to obtain basic human rights. In a country founded on the premise of liberty for all, the irony of racism, with its roots founded in slavery, moves its citizens to continue a struggle begun so long ago. The movement of the 21st century has evolved into a modern struggle against racism, racial profiling, and police brutality.

Instances of police brutality and shootings of unarmed citizens have ignited the country in a firestorm of debate and unrest for the past several years. The topical controversy seems to have launched with the shooting of black teenager Trayvon Martin in 2012, an event that inspired waves of protest and other forms of civil disobedience, under the moniker of “Black Lives Matter.”  Twitter and other forms of social media have contributed to the debate, spawning many hash tags of the names of those that have fallen victim to racial profiling, including Michael Brown of the now-infamous Ferguson, Missouri, Tamir Rice of Cleveland, Ohio, and Eric Garner of New York. And while these issues in various American cities may seem far from our county and school, many students at Lambert have found themselves to be targets of racial profiling and racism.

The American Civil Liberties Union defines racial profiling as “the discriminatory practice by law enforcement officials of targeting individuals for suspicion of crime based on the individual’s race, ethnicity, religion or national origin.”  In a survey conducted with anonymous responses by 100 participants, many students responded with situations of racial profiling from their own lives.

“I have been followed in stores by undercover security guards who assumed I was going to steal something and I do not look like I need to steal anything. I could list numerous scenarios relating to myself and/or friends and family members,” reports a black female student at Lambert. Other students shared instances of racial slurs being yelled at black students such as “porch monkey” and even an instance of a black student getting beaten up in a restroom.

Such problems are not singular to black students: one student commented that an Arabic friend was mocked for the way that he spoke. Many students reported instances of racial profiling happening to family members, one disclosing, “I am Caucasian and was adopted. My father has a very dark complexion and people are never sure of his ethnicity. Every single time he brings me to the airport, I am “randomly chosen” for additional screening.”

These individual instances reveal nationwide trends. A study by the ACLU of Southern California revealed that blacks and Latinos are far more likely to be stopped by a police officer while driving or walking than whites, and “Stopped blacks are 127% more likely to be frisked — and stopped Latinos are 43% more likely to be frisked — than stopped whites.”  A survey of Lambert students exposed that 60% of students agreed that blacks or African Americans are more likely than white people to get pulled over for minor traffic violations. It is not surprising that, correspondingly, 71% of black students said they agreed that they have felt nervous around law enforcement because of their race or ethnicity.

Additionally, 79% of students strongly agreed or agreed that Muslims or Arabs are more likely to be selected for additional screening in airport security. The terror attacks of 9/11 led to increased airport security regulations, and such regulations were perceived as biased towards Muslim and Arab passengers.

Moreover, 46% of participants agreed that whites can also be racially profiled.  With the rising trend of white male loners committing mass shootings, one would think that the use of profiling would extend to Caucasians as well as minorities.  However, the media constantly attempts to explain away the actions of these murderers with arguments about mental health and gun control.

In spite of the ardent public backlash against racial profiling through various social movements, the practice continues to be used in law enforcement policies. In fact, the Obama administration decided in 2014 to continue using racial profiling in immigration enforcement.

The justification of the use of racial profiling is that people of certain races are more likely to commit crimes, and crime will decrease as a result of targeting these groups. Perusing the plethora of information, studies, and articles regarding racial profiling reveals that it is nearly impossible to approach the issue without one’s own bias and personal experiences coming into play.

For example, articles regarding the stop and frisk policy of the New York Police Department vary wildly in their opinion of whether or not the policy proved effective. The NYPD website describes their former policy, saying, “When a police officer reasonably suspects that a person has committed, is committing or is about to commit a felony or a Penal Law misdemeanor, the officer is authorized… to stop, question and possibly frisk that individual.” While one article by Dennis C. Smith, a consultant for the NYPD for litigation involving their policy, states that the policy worked, decreasing the rate of serious crimes and murders, many others claim the policy was used to discriminate against blacks and Latinos.

The stop and frisk policy was eventually terminated, the court ruling that it violated the Fourteenth Amendment. An article by the Washington Post claims that the policy had a small effect and only alienated minority communities and soured law enforcement further to minorities. The survey results of Lambert students reflect this sentiment: 66% of participants thought that racial profiling alienates minority populations.

Looking over all of the data, trends, and personal stories regarding racial profiling, it is evident that each person is affected by his or her own biases and experiences, making it nearly impossible to evaluate the effectiveness of racial profiling and the place of profiling in our society. One student who wished to remain anonymous pointed out that the way someone will be treated by law enforcement depends on the attitude of the individual. “If you are white and you are rude to a police officer then you will be treated the same way as a black or Asian person who acts the same way towards a police officer,” he said.

Until trust can be restored between law enforcement and minority communities, the need for social movements such as Black Lives Matter persists. Although every student surveyed and, on a larger scale, every American is affected by their own worldview and varying opinions, the majority are united by the idea that every American has a right to be safe, but also to be respected as an individual. The key to the end of this social unrest lies in finding the right balance between security and liberty.