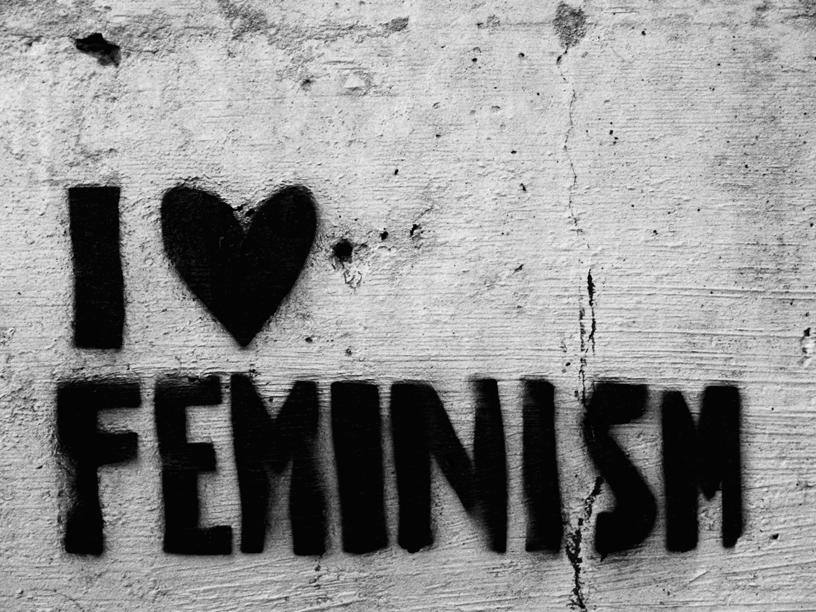 Society should work on embracing feminism instead of rejecting it.

Getting Comfortable with the “F-Word”

Chances are, if you’re a woman and you’re also wearing pants, you’re a feminist. A bold statement, yet it rings true all the same.

Feminism, as defined in Merriam-Webster, is “the belief that men and women should have equal rights and opportunities.” The idea is a very simple concept and it isn’t difficult to grasp. However, the dreaded “f-word” scares the general public, and many people shy away from using the term and deny themselves the feminist moniker. For example, actress Demi Moore is quoted saying, “I am a great supporter of women, but I have never really thought of myself as a feminist, probably more of a humanist because I feel like that’s really where we need to be,” which demonstrates society’s ignorance as a whole in regards to what feminism really is. In our modern society, we need to redefine feminism so it ceases to get a bad reputation from those that don’t understand.

Feminists are not ugly women who are constantly angry and hate men, while striving to establish a world-dominating matriarchy. Believe it or not, the media often stereotypes feminists by attributing these qualities to them. On the contrary, feminists are people of both genders who support equal rights for all. Comedian Aziz Ansari is a known feminist and spoke out against the bad reputation feminism attracts. “If you look up feminist in the dictionary, it just means someone who believes men and women have equal rights. Now, people think feminist means, like, some woman is gonna start yelling at them.” Ansari faced the crowd during one of his comedy shows and added, “I feel like if you do believe that men and women have equal rights, if someone asks if you’re a feminist, you have to say yes, because that is how words work.”

Likewise, feminists share simple goals, all concerned with gender equality. For example, in the workplace, these activists request equal pay as well as justice against sexual harassment. In addition, certain issues are brought to light and addressed, like the objectification of women (ie: “cat-calling”) and other oppressions. Feminists address even the seemingly smallest of issues, like what Always’ #LikeAGirl campaign established for television viewers everywhere when it first aired during the Super Bowl in 2015. It targeted the derogatory phrase “like a girl” (ie: run, fight, throw, ect) and its adverse effect on girls’ self-esteem. Our society needs more campaigns like #LikeAGirl, and now is the best time to start.

Contrary to the belief that feminism is no longer relevant, the idea remains much needed in today’s society. In the 21st century, whether or not men and women are equal on social, economic, and political grounds should not be a question.