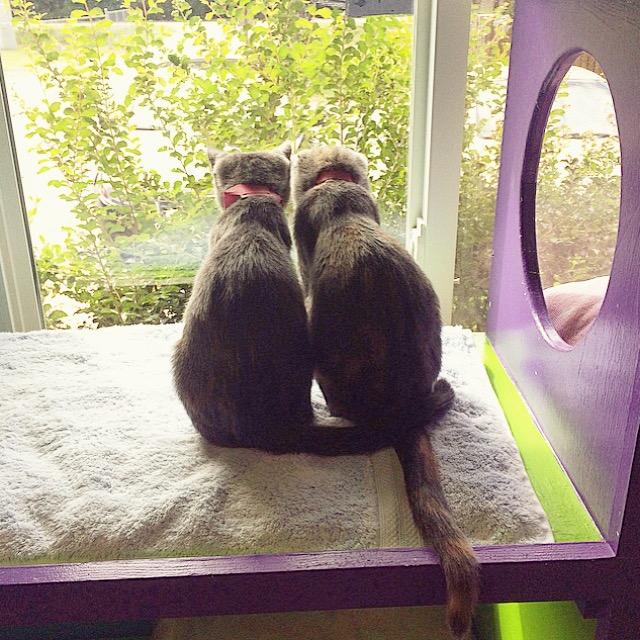 Moola and Penny: Sisters given a second chance at happiness

Giving a voice to the voiceless: The Humane Society of Forsyth County

HSFC speaks for those without a voice

It is estimated that about 2.7 million animals are euthanized each year, solely due to the dwindling space in shelters across the United States. This issue is unknown and unimportant to most people, but this desperately needs to change. Animals such as cats and dogs unfortunately have the reputation of being “dirty” or “unnecessary” thrust upon them, and this false assumption continues to seal a horrible fate for shelter animals. Animals possess an innocence that is dangerous to have in this world. They are abandoned, abused, neglected, and taken for granted everyday simply because they will not understand and cannot fight back. However, Forsyth County has been given a chance to combat animal cruelty and homelessness. The Humane Society of Forsyth County (HSFC) is striving to save as many cats and dogs as possible, and their incredibly inspiring purpose deserves to be heard.

Contrary to popular belief, shelter animals have some of the sweetest dispositions, but they also have some of the saddest stories. Most of the furry residents at HSFC were taken out of shelters with high euthanasia rates or even abandoned completely. The world is a huge place, and yet, most animals have no one to rely on and do not understand the reason why. HSFC opens its doors to thousands of cats every year, and each comes with a story attached.

According to Angie Boudreau, a cat adoption coordinator at HSFC, Barney was the beloved cat of a Vietnam War veteran who was tragically killed in a car accident. This horrible and unforeseen event left Barney confused with nowhere to go and no one else to depend on. He was brought to HSFC where he was given a chance to find happiness again. Barney stood out, not only as the largest cat there, but also as the cat with the quietest and most innocent spirit about him. He was always the first to the door when visitors arrived, silently greeting them and politely requesting to be petted. In short, Barney really is the living definition of the term “big, cuddly teddy bear.” Thanks to the dedication of the HSFC staff, Barney was adopted in September and has rediscovered the love a family can bring. HSFC is responsible for writing thousands of new beginnings and happy endings like Barney’s every year.

Sweetness’ story, however, affected her in a much deeper sense. Sweetness was completely abandoned by her previous owner, not even at HSFC, but in a randomly selected spot. Fortunately, she wandered until she found the humane society and was immediately taken in. Although she was physically rescued, Sweetness was mentally scarred. Her disposition changed to one of mistrust and even of fear at times. The presence of people made her extremely nervous, and she spent most of her time trying to avoid human contact. However, her moment came and the perfect family accepted her despite her past experiences. The love and acceptance HSFC has provided for Sweetness is exactly what she needs to learn to place her trust into a family again. HSFC is a place of recovery for animals that have not been shown any love throughout their lives.

Mad Max and his siblings lived with their mother in the hayloft of a barn, and he was the littlest of the bunch. Because of his size and injured back leg, Mad Max’s mother decided that she did not want him, so the barn owners took him in and did what they could for the tiny, abandoned kitten. They later contacted HSFC, and the humane society accepted Mad Max into their foster program. He went home with Beth Moore and her family, where his energetic and spunky personality became immediately evident. Just from his photograph, it is easy to see his light, innocence, and curiosity through his wide-eyed expression. His living arrangements were supposed to be temporary, but the Moore family became what Boudreau jokingly refers to as, “foster failures.” They fell hopelessly in love with the small bundle of fluff and energy, and Mad Max calls the Moore house his home today. At HSFC, no animal is turned away, even the tiniest kitten in the litter.

The stories told within the walls of HSFC are countless. Bootsey was one of many neighborhood cats seeking refuge at Mary Smith’s house, but needed the help of the humane society when she was hospitalized. Chelsea’s owner passed away from old age, KC was given up due to allergies, and sisters, Snoopy and Leah, were brought to HSFC when their owner had to be admitted into a nursing home. All of these cats would have run out of chances if HSFC had not made it their priority to show compassion to all cats in need.

HSFC provides a safe sanctuary for cats, and I have had the privilege to witness the feline friskiness firsthand. There are three spacious rooms for romping and playing, all filled with ribbon toys and scratching posts with walls covered in shelves for all climbing needs. HSFC does an extraordinary job caring for all of these animals, but what they really need is a forever home. Although HSFC is undoubtedly a remarkable caregiver and provider for these cats, adoption is the primary goal and is what will truly change their lives for the better.

HSFC’s mission, as explained on their website, is to educate pet owners, to save homeless cats and dogs, and to one day achieve a no kill county. This vision is only getting closer to becoming a reality. HSFC was founded 40 years ago in 1975, and since its opening, Forsyth County has gained approximately 115,000 residents. In 2014, 1,401 animals were saved by HSFC and adopted by forever families. HSFC is taking giant steps in improving the lives of dogs and cats that were dealt a bad hand in life. Through their pursuit of this goal, HSFC has shown so many animals the love and affection the world is able to offer in the midst of the chaos they’ve experienced. 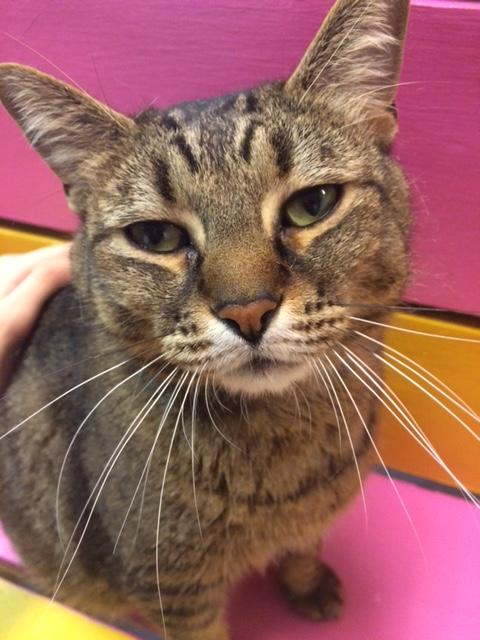