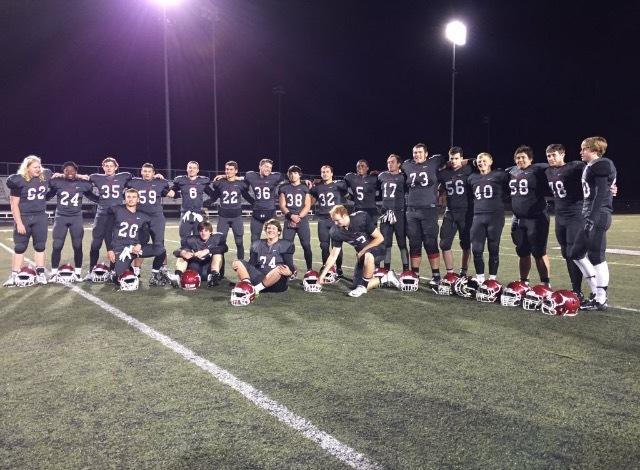 Used with permission from @lambertFTball

The 2015 varsity football team posed together after their final game, before saying fairwell to the friends they had grown so close to on the team.

Lambert football comes to a close

The 2015 Lambert High School varsity football season has come to a close. With only two losses during the season, the team made it to the playoffs, but lost their first playoff game. Nevertheless, The Longhorns had a remarkable season and the student section was constantly animated. The team played ten games throughout the season; half of them being at the Lambert stadium. The seniors will be missed exceedingly by their team and their coach, Coach Daniel. Hook Em’ Horns!