This past Wednesday, September the ninth, the varsity volleyball team at Lambert High school had a big game!

The coaches and parents knew that the crowd would be bigger than usual, so they decided to use this opportunity for a good cause. The parents and coaches put together cookies and many other treats for the game and sold them to the fans, giving all the funds to the Cure foundation, which works to help cure childhood cancer. Not only did they sell desserts, but they also sold homemade bracelets, made by another team mom. But that’s not all; beside the bracelets were yellow ribbons and yellow bands for the fans to wear during the game. Lastly they had a donation jar which the JV team took around the gym asking for donations and a raffle jar at the entrance. The funds of all of these were given to the Cure foundation.

But, they didn’t just stop at the fundraisers.

The team moms also ordered yellow shirts that read, Dig Gold Longhorns for the Cure. Varsity wore these shirts while they warmed up for the big game. Not only did Varsity wear the infamous golden shirts but the JV and freshmen teams wore them to the varsity game along with yellow ribbons and face paint that read Go Gold for Cure. Lambert was not the only ones wearing gold, but the apposing team, West Forsyth, wore golden socks to show their support for the Cure.The coaching staff and team parents for Lambert volleyball did an amazing job raising money for the Cure foundation and really out did themselves. 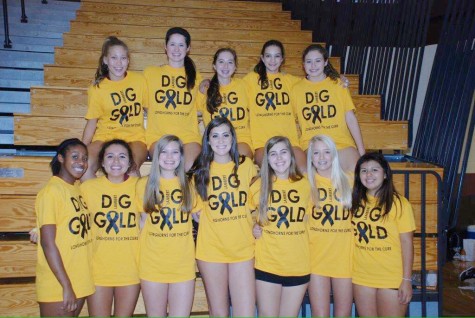 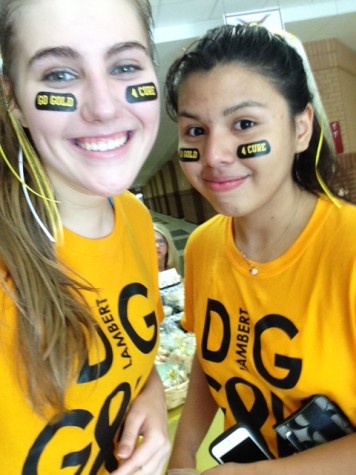 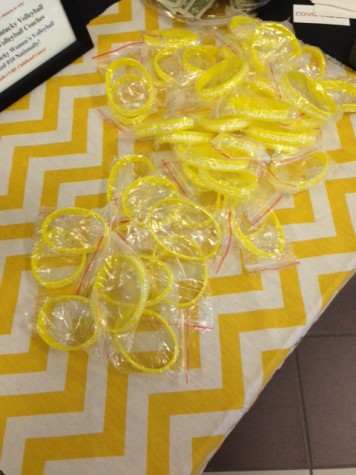 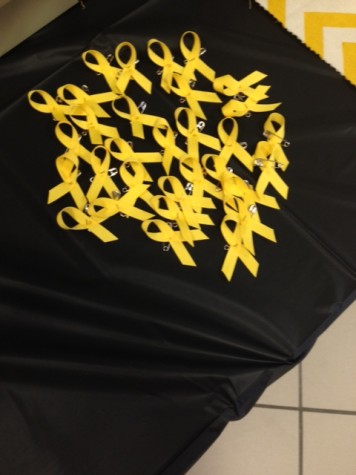 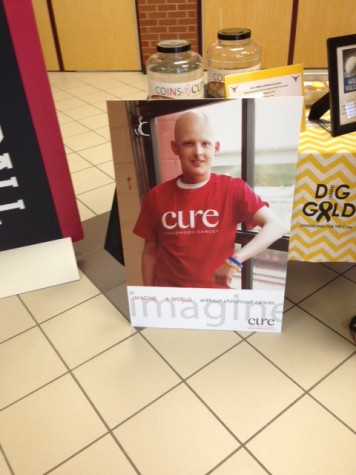 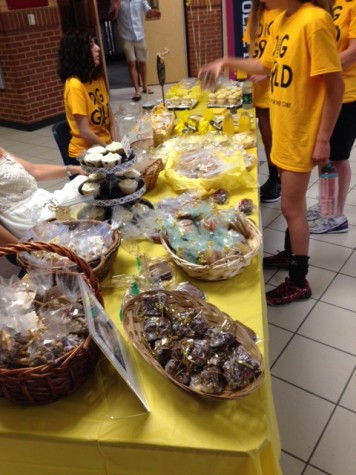 Donate NowThe coaching staff and team parents for Lambert volleyball did an amazing job raising money for the Cure foundation and really out did themselves.