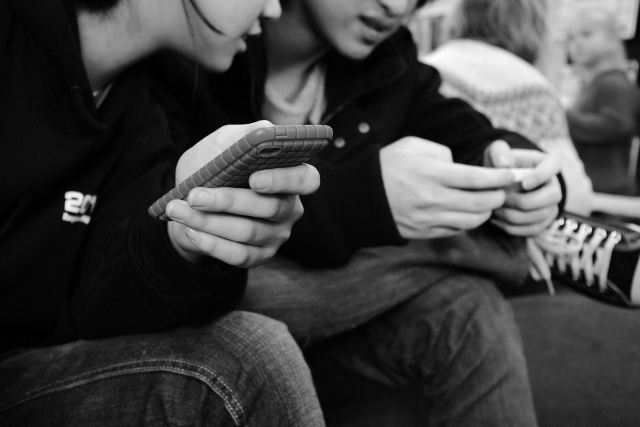 Photo by Maho Sakurai from flikr

Today's youth is always connected to social media. How much do you think they see?

Murder goes social, and the blood’s on our hands

As technology advances, the new generation is becoming more and more desensitized to what we see. When I was a kid, YouTube was just starting out, and it was very simple for my parents to tell me not to go on that particular website. But now, children have more and more access; as adults try to create boundaries, the kids can easily outsmart them. How is it possible that one can accidentally come across pornographic or violent images on the Internet? Even worse, there are seldom repercussions towards the culprits who upload these files.

Take, for instance, the recent tragedy of two Virginian newscasters being brutally shot and killed by an unstable prior-employee. The brutal murders were documented live on the air. However because of the killer, Vester Lee Flanagan II (aka. Bryce Williams), the heinous crime was all out in the open. Williams’ Facebook and Twitter accounts were removed within 10 minutes, but enough time passed for the public to post screen-shots of his social networking pages. People also screen grabbed the video to repost, so by a simple accident, anyone could come across the gruesome account of the murders.

It’s concerning that as practical information on the Internet gets more and more tedious to find, extremely explicit content becomes trivial for the younger generations to be able to come across. Have we, as a society, become so jaded that these types of violence seem all too normal? As our technology advances, monitoring the content of one’s child becomes extremely challenging. There is a fine line between protective parenting and overbearing, restrictive actions. The question is, where in the world is that line? Recently it seems new groups of parents seem to be rolling over and releasing their children to the entirety of the Internet. As a result, desensitized children don’t even flinch when witnessing even the most gruesome acts of violence. If media filled with violence is so easily swallowed by this new generation, it will be so much easier for them to transition to committing them without any doubt in their conscience. This spiral of violence is steadily continuing. The ugly stain on our society is spreading as acts of violence such as mass shootings are becoming ‘contagious’.

As millennials become so habituated to witnessing explicit actions, the easier it is for them to be involved in its creation. Recently, a teenage girl played the ultimate game of ‘devil’s advocate’ by persuading her hesitant boyfriend to follow through with suicide. After his death, she pretended be unaware of its cause, and carried along to support the prevention of suicide in the area. How is something that heinous possible, you ask? This girl hasn’t shown any regret to her actions, although they are all documented through text. Such exposure to these ideas makes cruel actions like hers seem normal to some teens. The tragic ‘love story’ seems reminiscent of old cinematic themes that are meant to be ‘romantic’ but in actuality are gruesome and dark.

This romanticism of violence is a leading result of our generation being so accustomed to witnessing explicit content as easily as by a video auto-playing on a social media site.  No one seems to know the solution to this problem. The issue lies in the fine line I mentioned earlier. If parents add too many barriers, kids will become more rebellious due to sheltering, but if children have full access to internet content, will the vicious cycle continue? Many other factors come into play. These ideas all relate to the common question of nature versus nurture. These same questions and ideas have been asked for hundreds of years, so same song, different verse. Sadly I don’t have an answer, but in the end, only time will tell. This is yet another pivotal aspect of our future as a society, but we don’t have any control over it. There is a glimmer of hope for the millennials however; they just have to figure it out themselves.