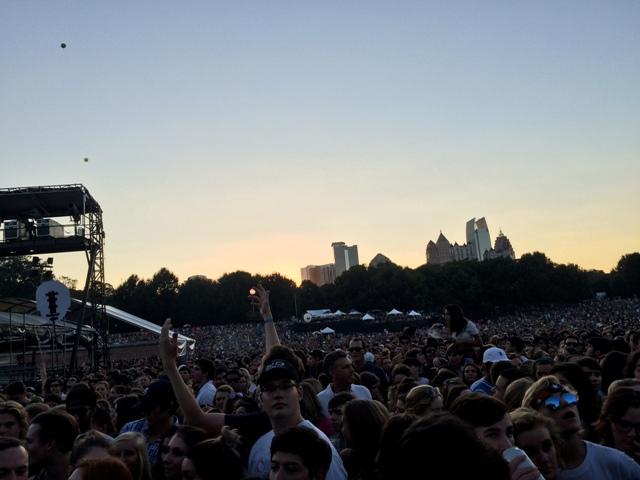 Music Midtown dominated the city of Atlanta, at Piedmont Park, on September 18th and 19th. The festival continues to be a tradition. This year, 2015, happened to be the fifth continuous year of its occurrence in Georgia. Music Midtown included thirty unique acts that revolved entirely around four separate stages.

Music Midtown always ends with raving reviews from the attendees. However, some fans wait around for hours for particular artists and a number of crowds get slightly hostile. The Drake concert, in particular, consisted of an hour of severe shoving. The festival also deals with audience suffering from dehydration, low blood sugar, and alcohol poising.

Every single act got stand out reviews. The X Ambassadors included Sam Harris, lead vocalist, and pianist, Casey Harris. The two were brothers and they dominated the stage. The brothers used water to cool down the audience. Billy Idol’s guitarist, Steve Stevens, stole the stage with his leather pants and long black hair. The two artists were a brilliant duo and brought the audience back in time. Panic at the Disco, a Las Vegas based band, had fans shouting “Pa-nic! Pa-nic!”, moments before they went on. The overall favorites were alleged to be the X ambassadors and Elton John. Overall, the entire festival was a triumph and will be taking place again next year.