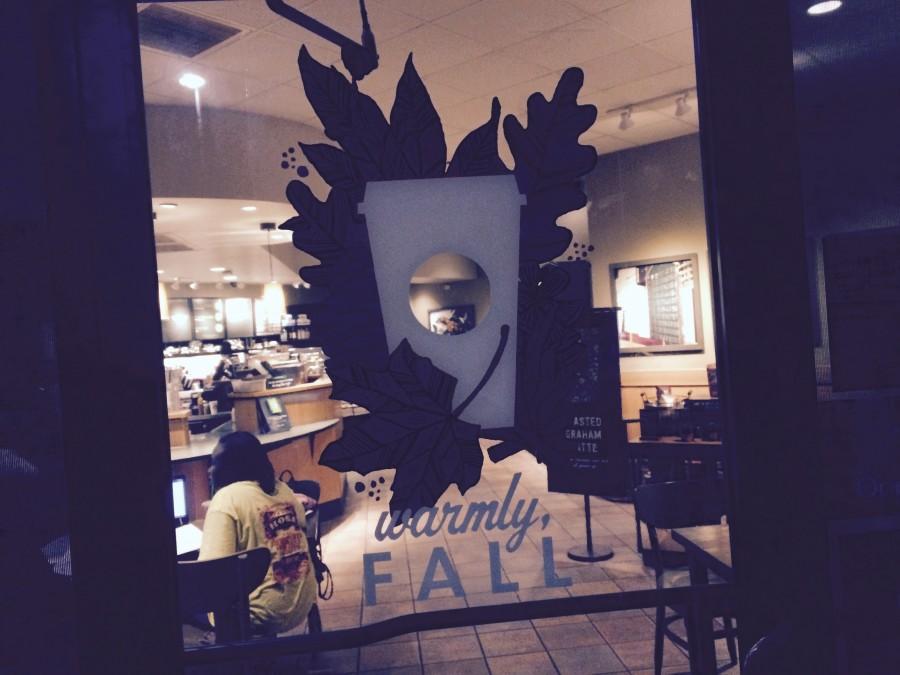 used with permission by Jessica Borla

Pumpkin spicing up my life

The time has come, the white girls say, for yoga pants, hipster fall pictures, and the staple of the season: pumpkin spice. To be more specific, the latte everyone feels so compelled to buy only to take Instagram pictures, #sweaterweather. Yes, it seems that everyone knows the magic in the mixture of this famous Starbucks creation. Well, I have a confession to make: I have never tried the widely publicized fall beverage. However, before anyone gets all up in a tizz, let me first make it clear that I am a person who sticks to her usual orders. Once I find something I like, I just roll with it. When I go to restaurants, I usually get the same thing every time because whenever I try to convince myself to finally get around to that one item that’s been calling out to me, I remember how good my usual is and, for the millionth time, talk myself out of straying from that committed relationship. It’s like this little itch that comes back when you want something different. Plus, I just never really saw the big deal. Some girls would say that it wasn’t fall for them until they had their Starbucks PSL. I don’t know; I am just not what someone would call a “trend-follower”. I guess I broke that when I took the first sip.

Well, this year was different. I had heard all the chitchat about the “new version” of the drink coming out (it apparently has real pumpkin in it now). Taking my own mental surveys from friends who have risked their taste buds to try the previous concoction of fall. A mixture of responses arose, some saying they loved it and others claimed it to be like the spice cabinet itself was alive in the coffee. What does one make of that? It’s not like I was “nervous”, but I was definitely overwhelmed with this whole society of people who passionately love this drink and get it regularly for three months. What if I liked it and moved away from my usual grande mocha frappuccino? Wonderful, my anxiety filled brain just could not comprehend everything that was rolling through my mind that I am surprised that I was able to drive correctly to the local Starbucks by the Super Target.

Starbucks wasn’t terribly busy, just a dusting of study groups in the corners and some ladies laughing way too hard about a joke that probably wasn’t that funny. The caffeine was definitely kicking in for these people. That’s the thing about coffee shops; they always have the same kind of feeling to them. It’s this weird sense of calming atmosphere mixed with the high doses of caffeine (unless you get decaf, which is just criminal) that forces your brain to be on this strange kind of cloud nine fog.

I was actually super disappointed because my favorite barista wasn’t working that day. At Starbucks, their employees are required to wear a hat and when they accomplish something, congrats, they get a pin. This guy had his entire bill filled with these different Girl Scout looking pins and I remember telling him it’s a great conversation starter. He’s one of those guys that just makes anyone feel like a best friend even though they spend less than ten minutes together and he never fails to remember regulars and keep up that ten minute-a-day friendship. He’s a people person who loves what he does and I always appreciate his enthusiasm when it comes to me getting my overpriced caffeine.

I was not alone in my adventure; two of my trusted colleagues were waiting for me at a table, both having tried a PSL before. They were giving me some stories on their taste experiences before I headed up to complete the deed. The register lady seemed extremely stressed, her hair had been all over the place, the drive-thru earpiece chord irritating her skin and her hands were clicking the touch screen so fast, I thought she would actually break the glass. I felt weird ordering this time, for some reason. Maybe because I was finally living up to a standard set by modern society when it comes to fall and white girls, thank you so very much whoever made that a “thing”. When the words “pumpkin spice latte” came out of my mouth I kept myself from stumbling in embarrassment as the woman moved her fingers across the screen with an irritated look in her eyes. I thought to myself, wonderful, I’m probably the hundredth girl to come in here today asking for this season’s essential beverage. I fought back telling her it was for low-key research, not like she would’ve believed me anyway. I gave her my name and she gave me the go ahead to stand at the pick-up counter.

Let me just say that watching someone make that really exotic drink at Starbucks is quite the eye catcher. Not only is it interesting to look at, but also the sounds of the froth machine letting out an unpleasant scream mixed with the trickle of flavor syrup and top popping make an organic symphony unlike anything I’ve ever heard. A short woman was the lucky presenter of the fall favorite, sliding it across the counter after slipping on a hot drink cuff. I gave my thanks and she smiled and went back to frothing another latte.

I popped off the top to let it cool a bit and that gave me time to examine the physical aspects of the drink. Whoever made it dusted the top of the melting froth with cinnamon and the smell was delightful. It’s kind of like a distant cousin to what Michaels smells like when they pull out their fall decorations. My first sip was weak, I’ll admit. I just got a mouthful of froth but can anyone blame me? I hadn’t had a hot drink in a long time given my courtship with the frappuccinno, so this was some rediscovered territory. Now, the drink, I will finally say, was actually okay. I was honestly expecting it to be like drinking a candle from all of the “spice” reports that were given to me before hand, but this was quite pleasing to the palette, I think. I really did taste the pumpkin with some nice notes of cinnamon and nutmeg; it made me think of curling up by the fireplace and watching another rom-com. I finished the cup in about twenty minutes while entertaining a light conversation about school and senior year.

Let me be clear on this, I did try the pumpkin spice latte, and yes, I did enjoy it. However, I do not plan on getting it again anytime soon. I find it to be, for me at least, one of those things where you try it and then you can move on to something else kind of a thing. I went right back to my mocha frap the next week that I went back and did not feel the itch to reorder the PSL. While the experience was enlightening and broadening in my spectrum of coffee concoctions, I’ll raise my glass to the PSL girls who live and breathe pumpkin and cinnamon.