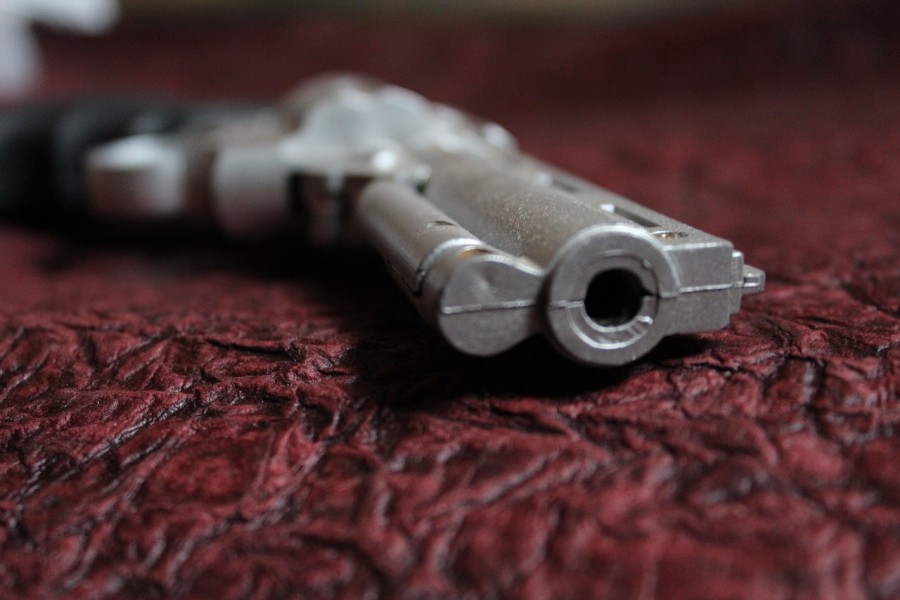 Use of weapons has become a tragic commonality in our communities as well as our schools.

Violence in schools has become a tragic commonality in today’s society as Grady high school in Atlanta was added to the list of school shootings two weeks ago. On September 4, 2015, one student and one innocent passerby were shot outside of the school stadium, where countless numbers of fans cheered on the football team against Carver High. One victim was leaving the game when he was shot in the back by a gang of four to five men, and another was shot once in the ankle and once in the head as she was driving past.

With this constant surge of brutality within the country’s school systems, one cannot help but wonder if the same fate awaits this community. On the night of the shooting, just hours away, Lambert High School students crowded underneath glaring stadium lights to support the team as they fought against John’s Creek. Clad in bright Hawaiian shirts, the Senior section was bursting with activity and excitement, while police surrounded Grady High School in Atlanta. Friday, Lambert’s entire student body chanted and cheered at the first pep rally of the year, an unspoken sense of camaraderie filling the gymnasium. If only the same could be said of Grady.

Maureen Downey included in her article on the Atlanta Journal-Constitution website, alumni, Matt Westmoreland’s, Facebook post in which he shared his own, first-hand account of the horrible event. He described, in detail, the terror that ravaged the Grady High School stadium as the shots were fired. Superintendent of Atlanta Public Schools, Meria Carstarphen, however, eloquently describes her determination to overcome this tragedy as a school community in her blog, atlsuper. She is confident that Grady has the power to rise above expectations, and emphasizes the significant importance of moving forward.

As a community, coming together to combat the violence steadily entering today’s society is the only hope for reform.