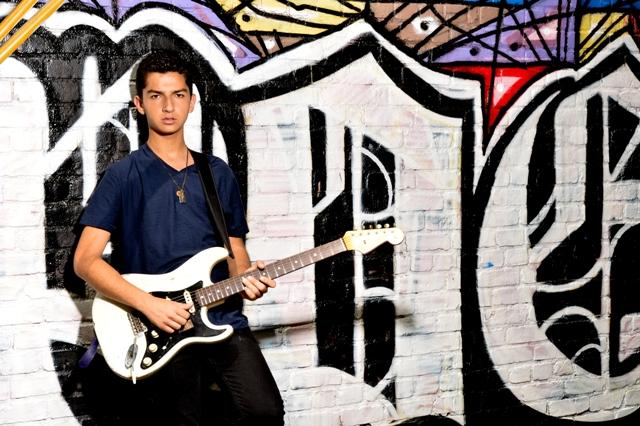 Photo used with permission by MOXIE

Ray Goren, a now 15-year-old singer and songwriter, had already begun to immerse himself in music and the arts at a young age. By the age of three, he began playing the piano and by the age of eight, was playing guitar and even creating his own music. Undoubtedly, Goren had discovered a deep passion for music and what he was creating so, at the age of 14, Goren stepped out into the industry and released his own music, an EP titled LA Sessions. Now just a year later, at the age of 15, Goren has released two more EPs titled Save My Soul and Songs for You, leaving all the rest of us to question what we are doing with our own lives.

Goren’s most recent release, Songs For You, an EP produced by Grammy award winner Steve Jordan, features four original songs written by Goren and a cover of the song made famous by The Doors, “Light My Fire”. The EP definitely caters to fans of older music as Goren’s music is heavily influenced by the genres of blues and rock. The first song on the EP Those Days features an upbeat sound inspired by funk and 1960’s soul creating a song that is perfect to dance around to. Perhaps the showstopper of the album is Goren’s interpretation of the famous song “Light My Fire”. Though the thought of a new feel to The Doors’ song could be scary for some fans of classic rock music, this version definitely works. Not only is it a great homage to the original, but it also showcases Goren’s talent extremely well, especially in terms of the electric guitar. The next two songs off the records are very different while listening to them. The first, “Down and Out”, is a lot slower and features simple yet pretty piano playing while the other, “Song for Me”, is a lot more upbeat and features an awesome bass line provided by musician Will Lee. The record ends on a high note with the jazzy and mellow song “It’s on you”. Further proving his talent, Goren does more than just provide a voice on the album. He plays his own instruments, guitar and keyboard, throughout the whole EP.

All in all, Songs for You is composed of a wide variety of songs that definitely give the feeling of listening to an old blues album. The amount of talent demonstrated in this EP for such a young age is really great and promising. Producer Steve Jordan says of Goren, “I’ve worked with a ton of great and legendary musicians in my career and Ray is one of the most gifted artists I’ve ever witnessed. The fact that he is so good at this age just blows my mind.” One of the most promising aspects of the album is that Goren’s talent will only continue to grow over the years, insuring more amazing music to come. Sufficient to say, this is an album of pure talent.