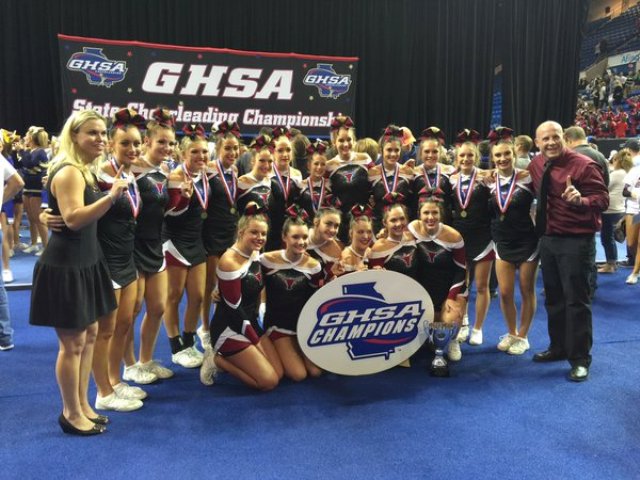 With the recent success of the varsity competition cheerleaders at the regional competition last weekend, it was time for the cheerleaders to take to the state-wide championship to compete for the win against teams from all over Georgia. The team left the school on Thursday morning and headed for Columbus, Georgia where the competition was to be taking place. Through lots of hard work, dedication, and, of course, talent the varsity cheerleading took home first place in the AAAAAA (6A) division. Lambert cheerleading is not new to this amazing success however. With only four years of class 6A being a division, Lambert has taken home three of those championship titles. Past state championships have been won by Longhorns in 2012-2013 and in 2013-2014. Huge congratulations to our fellow Longhorns for yet another state championship title!