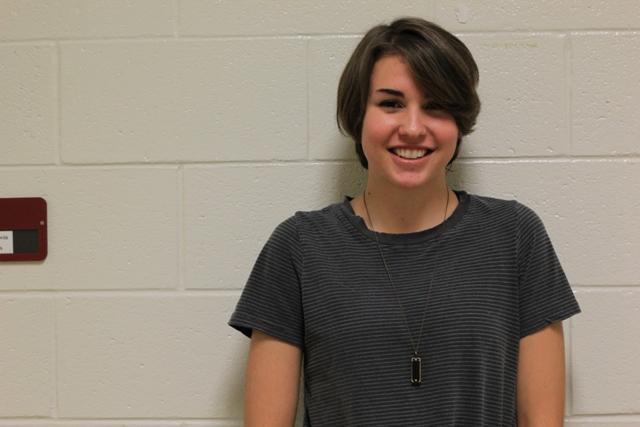 When asked whether I would rather be blind or deaf, I always choose blind. I could never live without being able to fully experience live music again. In fact, some of my favorite memories are at concerts. However, if we go to a concert in today’s modern era, chances are I would be watching through someone’s camera on their phone. Most concerts I go to now are pretty much a contest to see who can get the best pictures and videos, which brings sadness to my heart, and then makes me angry. We are all so absorbed in documenting the moment, we miss out on the actual experience. At one concert I attended, the lead signer actually requested that just for one song, everybody put their phones away and truly live in the moment, stating, “You’ve only ever seen on a screen, now really experience us with your eyes.” Sadly, not even for five minutes, very few could respect this request or listen to his wise advice.

This electrical attachment does not just exist at concerts; it exists everywhere. However we’re just too busy looking at our phones to notice. Take another example I experienced while in Europe. While at lunch with my family, I noticed the couple sitting next to us, though neither spoke. I suppose that’s what made them stand out, no words were exchanged, only brief looks and small smiles. The reason for their silence was the woman sat on her kindle, reading avidly, while the man played a game on his phone. This blew my mind so completely because it was so far from how I thought a relationship, or even human interaction, should be. Given not every silence has to be filled, but these two individuals seemed to have no interest in each other. No “How was your day?” or “How is work?” This absorption into the world of technology robs us of real relationships and fosters surface level interaction. In a world as deep as the ocean, technology pushes us towards the confinement of a shallow puddle. James Baldwin, a noted writer of American prose, once wrote of his father’s death, expressing his regret of lacking a deep personal relationship. Baldwin states that “When he was dead I realized that I had hardly ever spoken to him. When he had been dead a long time I began to wish I had” (51). This quote constantly haunts me, but also reminds me to enjoy every relationship I have fostered to the fullest. I now strive to not let the temptation of technology stop me from truly being with a person and appreciating their presence.

Though our face to face interactions seem to suffer, our online ones do anything but. We are constantly involved in each other’s social lives and are able to keep tabs on what each other are doing and saying with apps like twitter and Instagram. The ability to know completely what a person is doing and who they are doing it with has always been an unsettling concept to me. Not only does it open our personal lives to the general public, but it also fosters trash talking from those around us. Because social media may be the only connection we have to someone, it allows them to judge us based purely on a picture and a caption. But electronics are not just used to hide cruel words, they are also used to make them public. I’ll be the first to admit I find it easier to have a conversation, lighthearted or deep, over text rather than face to face or over the phone, and the explanation is simple. Over text we can think about our response and give time to analyze other people’s words, or even ignore a conversation all together. This ability for us to edit our responses has caused us to be less likely so speak out in real life situations. “And the reason no one does is because we are increasingly anxious in America to be unobtrusive, we are reluctant to make our voices heard, hesitant about claiming our rights, we are afraid our cause is unjust…”(Buckley Jr. 78). We treat life like social media and allow people to gain impressions based on appearance and floating words rather than opinions and real conversations.

Everyone’s first response when someone bashes technology is, “We have access to so much more information than ever before,” and I can’t help but nod and agree. Something as simple as the definition of a word is right at our fingertips, as well as a complex explanation of the galaxy. Long distance relationships don’t have to feel so long distance and we can capture moments that well save forever. But at what cost does this knowledge come? Could all of this access actually be degrading the brain? “One journal article, published in Science 2011, found that when people expect to have access to information they are less likely to remember the actual facts, but more likely to remember how to find them” (Peterson). Now this isn’t necessarily a bad thing, for it gives our brains more capacity to think, but what about those moments that aren’t just a click away? The smile of the person we love most or the tears of our parents as we leave for college, those may be harder to find online, and if we rely on pictures to remind us it makes the loss of a phone much more tragic. The world was meant to be explored, not researched. Christopher Columbus once said, “To cross the ocean, you must first have the courage to lose sight of the shore.” Do not live life through a screen, stop wishing for an adventure and go find it, and next time you’re at a concert, put your phone down and watch with your eyes, the resolutions much better.