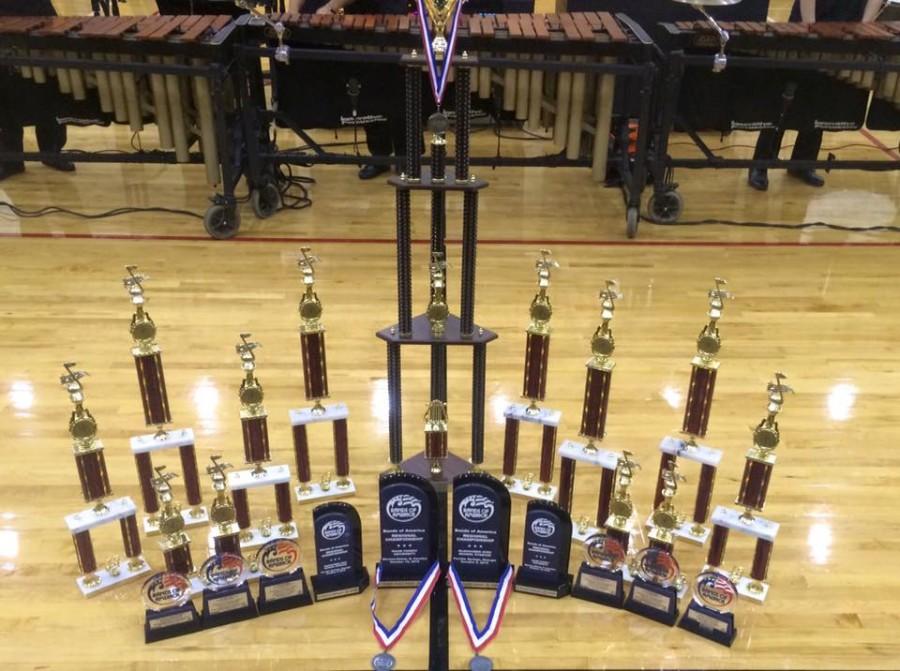 The End to a Great Run: The Lambert Stampede

The Lambert High School Stampede is a prestigious group of students who go above and beyond to put a fantastic show on the field every Friday night and an even better show on the field at competitions. These students work extremely hard, but they’re not the only ones. The Lambert Stampede staff consists of many devoted parents and school staff members. The Stampede is under the official direction of Scott McCloy, Tonya Mashburn, John Mashburn, and Katie Pacifico. The Stampede is comprised of a Spirit Band, a Competition Band, Color Guard, Drumline and Percussion.

The Competition Band is definitely on a path of success taking not only one, but two giant steps on their path this year alone. Instead of competing on a more local circuit, the Stampede competed on a national circuit this year. For those who didn’t know Lambert in the marching world, they do now. The band took home two class championships this year alone making Georgia history as only the second band in the state to take home two class championships in the same year and Forsyth County history as the first band to take home a class championship at a Bands of America competition. The group made top 10 at both BOA competitions and top 5 at the Winston-Salem Semi Regional. More than 20 high school bands were present at both of these hardcore marching competitions.

The Competition Band has had to work an unbelievable number of weeks in unbelievable weather conditions to put an unbelievably fantastic show on the field. In preparation for their first BOA competition, the band spent almost all of fall break conditioning and reviewing their 2015 show, Unfinished Business. Despite the cold weather and rain the band pushed through and took home a class championship and sixth place over all.

For their second BOA competition the band traveled to Winston Salem, NC. The group had a long way to go for this competition, but it was all worth it when the band found out that they not only made finals, but had also received their second class championship of the season.

The Competition Bands last performance was at the Heart of Georgia Invitational where the band took home first place for everything in their class, class champions and the overall grand championship.

The Competition Band has had a very successful season along with the Color Guard, Drumline and percussion.

As the band progresses through the school year, they are moving into their concert season where Indoor Drumline and Winter Guard will be featured, along with the concert, symphonic, wind ensemble, wind symphony, jazz band and orchestra bands.

The Stampede is more than just a group of students who make music together, they’re a family. This family of talented and skilled musicians has officially stepped onto the national circuit of marching bands, shocking band bloggers all over the country, and beating out bands that have tried for years to get to where the Stampede now stands.

It has been a highly exceptional season and this family of marchers has definitely had its work cut out for them. They’ve pushed and excelled through numerous obstacles and they’re finally making their way to the top. There’s no stopping them now, make way for the Lambert High School Stampede.